He's Australia's most respected entrepreneur and property options strategist. But the ascent to success for this self made millionaire, was far from easy.

Early in his career, Mark then a builder found himself in the devastating position of facing financial liability for one of his employee's actions - to the tune of nearly half a million dollars. He was just 22 years old.

Teetering on the precipice of bankruptcy, Mark was forced to clean windows to make ends meet. Fueled by an unshakable belief in his vision of financial freedom, he continued to channel every ounce of energy into finding a solution, refusing to give up.

As the saying goes, 'The harder you work, the luckier you get,' and Mark's story is no exception. A chance meeting with two professional acquaintances gave Mark the break he needed. One - a Developer - needed to sell land, the other a Financial Planner was looking to buy. By seizing the moment and negotiating a deal which benefited both parties, he made $42,000 in a single day.

Shortly after, Mark employed the method of optioning property again. Negotiating the deal, without a dollar of his own money down, he was able to sell the optioned property a month later, for a personal profit of $1.066m.

While he didn't know it at the time, this seemingly insurmountable financial crisis what most business owners would consider to be their worst nightmare - was the catalyst for the formation of his empire.

Over three decades later, Mark has helped create 46 millionaires and 121 individuals who self identify as 'financially free'. With over $311m of property options successfully transacted and $273.4m of residential property delivered to the Australian market through his development company Massland, Mark is a living example that anyone can turn their financial future around, free themselves from the monotony of the 9-5 and escape the crippling clutches of debt, forever.

A passion for professional and personal peak performance

Mark's innate drive to challenge the established limits of possibility and achieve peak performance extend to every area of his life. An adventure racer and triathlete, Mark has competed in the Des Sables Marathon, the Noosa Triathlon, the New Zealand Triathlon and Australia's toughest team endurance event, the Kokoda Challenge.

With a passion for dirt bikes, Mark has relished pitting his stamina against the Simpson Desert, in the formidable Finke Desert Race. He equally enjoys non-competitive time on two wheels and can often be found tearing up the dunes on Fraser Island with friends. The only thing that surpasses Mark's love of the deal, is of course, his family. He believes the cornerstone of success is a strong family foundation and considers himself blessed to live on the beachfront, with his beautiful wife and children, on Australia's stunning Gold Coast.

A legacy of 'no limits'

Fresh from a 3 year 'mini retirement', which he spent enjoying quality time with his family, Mark has returned to the forefront of the Australian property industry, with more drive and  commitment to seeing his vision fulfilled, than ever. It's a vision founded on a belief that all Australian's, from all walks of life, deserve to live a rich life, whatever that means to them.

Using his transformational leadership abilities, Mark intends to continue inspiring and teaching all those who wish to learn - from University students, to stay-at-home parents, CEOs and senior citizens   the power of utilising property options as a way of generating a long term and sustainable income, that truly has the power to change their lives. 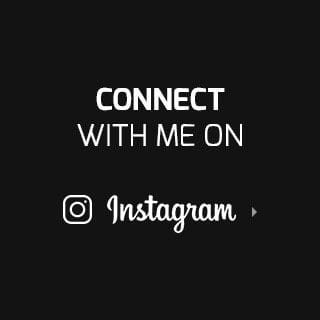